The two days HRD Course in Diabetes Research on 14th and 15th of April was a great success! 18 group leaders from the Helmholtz Diabetes Center in Munich, Leipzig and Tübingen, as well as from the Helmholtz Pioneer Campus presented their research, current state-of-the-art technologies exisiting at the Helmholtz Center and hence the variety of excellence in diabetes research.

Over 90 graduate researchers and advanced scientist benefited from interactive discussions on basic, translational and clinical research aspects and received an overview on the broad possibilities existing.

Also many thanks to our session chairs: Maria Kral, Lina Lau, Rhoda Karikari, Anna-Lena Amend, Perla Cota, Karsten Motzler and Johnson Ogunsile and of course to all participants! 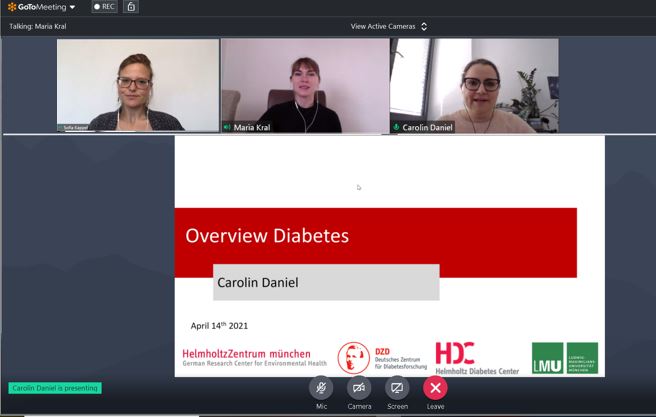